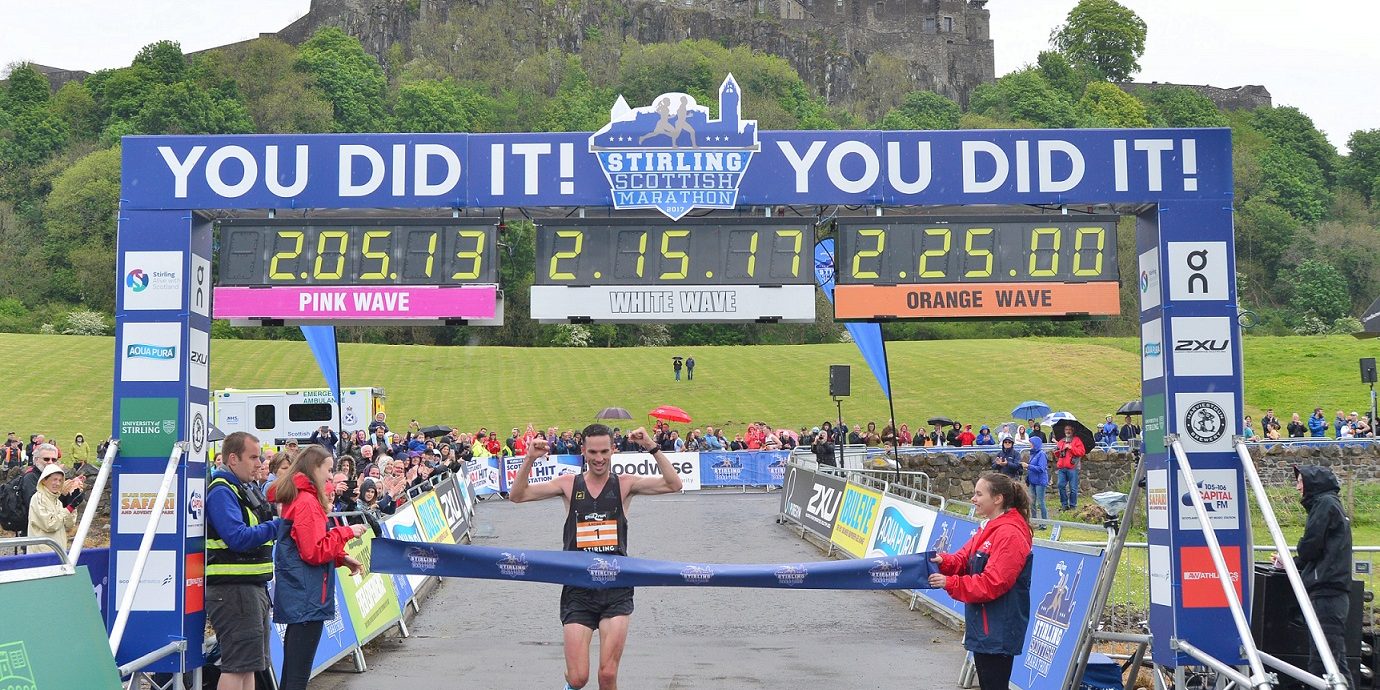 Following two years in which the London Marathon has hosted the Scottish Championships, the Road Running and Cross Country Commission have taken a decision to give Stirling championship status in its second year.

It means medals will be up for grabs for individuals and for teams on Sunday, April 29, 2018 – runners with a valid scottishathletics membership will be eligible.

Stirling’s first-ever marathon event in May saw 6,500 sign up in 2017, and organisers the Great Run Company unveiled a brand new route for 2018’s event which will once again showcase the beautiful scenery and historic landmarks of central Scotland, starting and finishing in the city centre.

The Stirling Scottish Marathon became one of the UK’s biggest marathons in its first year, with the decision to award the event championship status underlining the ambition of making the marathon Scotland’s biggest 26.2mile running event.

Prior to it being held in London, the Scottish Marathon Championships were hosted in Inverness at the Loch Ness Marathon for five events through 2011 to 2015. It has also been hosted by Edinburgh and Lochaber.

Stirling Council leader, Councillor Scott Farmer, said: “It is fantastic news that Stirling has been chosen as the location to bring the Scottish Marathon Championships back home to Scotland.

“Last year’s inaugural Stirling Marathon proved to be hugely successful, helping to attract a large number of visitors to the region and promoting Stirling to an international audience.

Mark Munro, chief executive of scottishathletics, said: “Following discussion, the Road Running and Cross Country Commission have decided to take the 2018 Scottish Marathon Championships to Stirling after a couple of years at the London Marathon.

“I think the first Stirling Scottish Marathon earlier this year caught the imagination of many runners and, with its central Scotland location, proved very accessible and popular.

“We hope this decision will encourage a really strong entry for Stirling from our clubs and the race for team medals could be as exciting as the battle for the individual podium places.”

“The Great Run Company and Scottish Athletics have been working together for many years, and Stirling is a perfect home for the Championships.

“We look forward to welcoming the best athletes and clubs from all over Scotland to Stirling in April, and to a fantastic race.”