Launch of 2018 fishing season in Callander 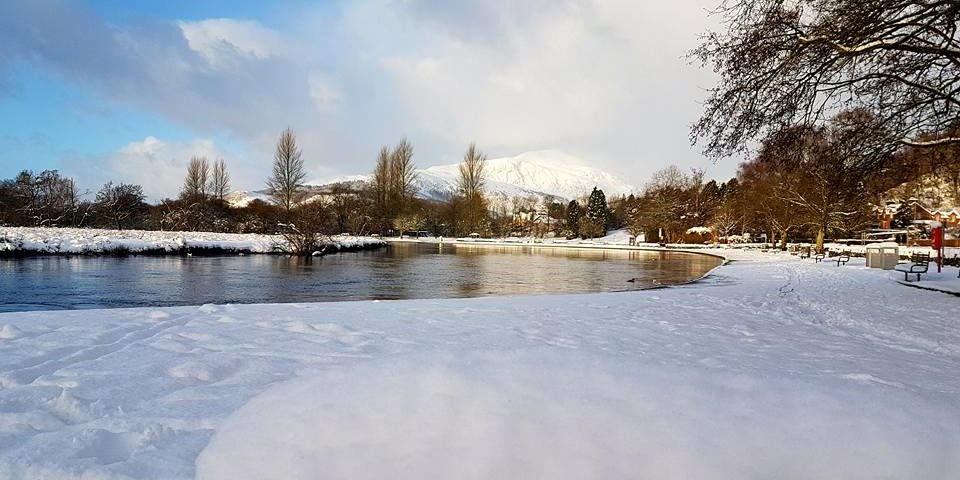 The official opening of the salmon fishing season on the iconic River Teith in Callander will take place today, Thursday 1st February.

To mark the ninth running of the event, for the first time, the first nine days of fishing between February 1st and February 10th (No Sunday fishing) will be completely free.

Anglers will not need to collect a permit for the February 1st but will require one for the other eight days. These can be collected from Angling Active or James Bayne Fishing Tackle.

The event will begin at 9.15am in Callander, when the piper led parade of anglers armoured with fishing rods leaves Ancaster Square. The river will be officially opened by Callander community stalwart Mike Luti, who has grown up on the banks of the river Teith.

Once the river is opened there will be competitions running for the first spring salmon caught and also the largest if there is more than one.

Casting Demonstrations will be on show from one of the world’s best casters, 2010 World Spey Casting Champion Mr Andrew Toft. We will also have introductions into the world of fly tying by John Richardson of Franc & Snaelda. There will be light refreshments on offer to warm everyone up.

Exhibitors will include the Atlantic Salmon Trust on thier groundbreaking work across the world to protect and conserve salmon stocks, the Loch Lomond and the Trossachs Countryside Trust and Police Scotland advising on wildlife crime.

And for those looking to try their hand at fishing for the first time, come and try sections will help them cast their first line.

Stirling Council Fisheries Officer Scott Mason said, “The opening of a new salmon fishing season is always an exciting time each year this event gets bigger than the last, with more anglers and organisations turning out to support the event.

“I am delighted that Mike Luti has agreed to open the river. He’s a Callander resident who grew up around the river and has fished on it all his life. This year is all about celebrating the local spirit surrounding the river and Mike epitomises the positivity that surrounds the Teith.”

Councillors recently approved a range of exciting new permit prices that makes Stirling Council Fisheries one of the best value salmon fisheries in the UK. Anglers can fish for 9 months for just £200, while youths up to the age of 21 can now fish the whole season for only £15.

Vice-Convenor of the Environment and Housing Committee, councillor Danny Gibson, said, “The rivers Forth and Teith are one of the last remaining publicly owned salmon fisheries in the UK and our new permit price will allow a wider range of anglers than ever to access the beautiful rivers.

“It has been a long running tradition to celebrate salmon season opening in Scotland so we hope to see as many people as possible visit Callander on Thursday 1st February.”