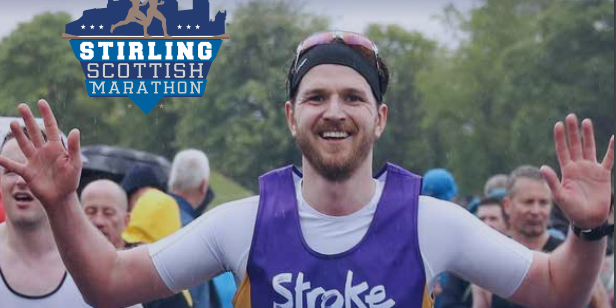 The Stirling Scottish Marathon returns to central Scotland in April 2018 – with a brand new course. In 2017, Stirling’s inaugural marathon saw 6,500 people signing up for the sold out 26.2mile run through the Stirlingshire countryside in May, and organisers The Great Run Company have announced that the event will return for 2018, taking place on Sunday, 29 April.

A new and improved course has been designed which will showcase the beautiful scenery and historic landmarks of central Scotland, including a new section on Hillfoots Road beneath the dramatic Dumyat cliffs.
Four first-time marathon runners have been given the exclusive opportunity to be coached through the marathon by Scottish running legend Liz McColgan. Liz, through her role as ambassador for the Stirling Scottish Marathon, will be providing guidance to four runners who will be taking on their first-ever marathon.
The four have been supplied with an exclusive marathon training programme designed by Liz, and will be receiving motivational support throughout their journey. 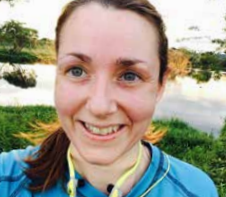 One of the four runners is Stirling resident Erica Gilchrist, who gives her reasons for running below.

What made you start running?
I watched my father-in-law on his 70th birthday win his age bracket in the Keswick Half Marathon, followed shortly afterwards by being a spectator at the first ever Stirling Scottish Marathon. I realised that many of the runners looked like me and I started to realise that, if I stuck at
it, I could run impressive distances just like them. This gave me the motivation to keep going and I finally started to enjoy running and looked forward to putting on my trainers and to getting out and about.

Why did you apply to be coached by Liz McColgan?
I watched Liz McColgan cross the finish line at last year’s Stirling Scottish Marathon and felt inspired by all she has achieved. I have been increasing my distance lately and often struggle with my ‘inner chimp’ and with stepping out of my comfort zone – I feel I can trust Liz McColgan’s advice as she is an expert and will definitely give me the kick up the backside which I need to become
more confident in my running ability.

What made you select Stirling Scottish Marathon as the location for your first marathon?
I live in Stirling and was amazed by the runners I saw last year during the first marathon. When I am out running I often run past the location of last year’s finish line and pretend that I am
finishing the marathon! I am so excited to think that, next April, I really will be finishing the marathon – and I am looking forward to running through the beautiful countryside on the way.