A Mother’s Song in Concert 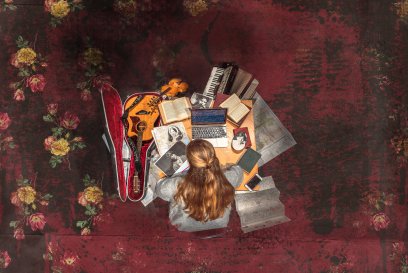 Join a cast of West End performers and some of Scotland’s best folk musicians for a night of songs from the new musical A Mother’s Song. Themes of identity, motherhood, and choice collide in this bold and life-affirming story which follows three remarkable women at different times in history, and traces the incredible journey of Scottish folk music across the Atlantic.

Sarah comes from a long line of ballad singers but has severed ties with the folk traditions of her childhood. In modern-day New York City, Sarah’s rediscovery of these songs and the family stories within them, force her to go on an unexpected and life-changing journey across time.

“as refreshing as it is heartbreaking… percussive, visceral, and passionate”